The Musée de l’Air et de l’Espace in Le Bourget is the most important aerospace museum in France, and one of the largest in the world. The museum is located on the site of Le Bourget airport (in Paris). The building was created in 1937 by architect George Labro, and until 1970 was part of the commercial airport. It was subsequently converted into a museum. In 2013, a start was made on major renovation work based on a design by the architects’ firm l’Atelier Gorka Piquéras Architecte et Associés, the aim of which is to give back the museum its former allure.

One of the elements that was renovated in 2017 was the western wing, which looks out across the former runways and features large terraced areas. The terraces are of historical importance; in the early years of aviation, crowds would gather here to admire the aircraft landing and taking off. Today, they are used for the spectacular international trade fair and air show: the Salon International de l’Aéronautique et de l’Espace. 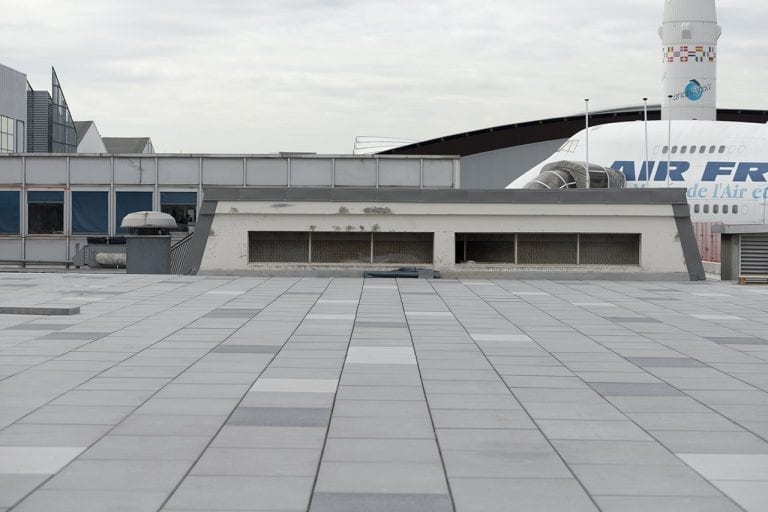 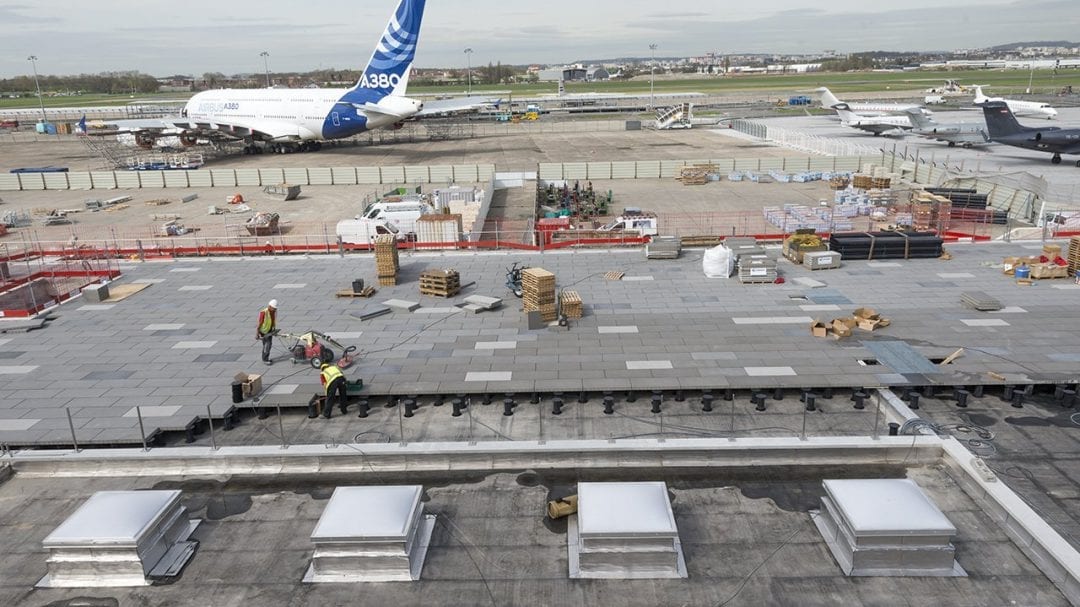 The old rooftop terraces were made up of 40×40 and 50×50 cm slabs, laid on supports or on a sand bed. This situation no longer met the requirements and total replacement was necessary. Large format slabs are the current trend, but the load-bearing capacity of the rooftop terrace was a crucial requirement; every year, numerous visitors and large numbers of stands are placed on the terraces, during the air show.

Random pattern on the terrace

The architect therefore opted for slabs and systems from Zoontjens. The system using Dreen®Robusto on DNS®Large is designed specially for rooftops open to the public that are subjected to larger than normal loads, and as such complies with the requirements. The rooftop terrace consists of slabs in a specially produced grey tone, combined with slabs in other colours laid in a random pattern. The renovated terrace is ready to once again start writing history! 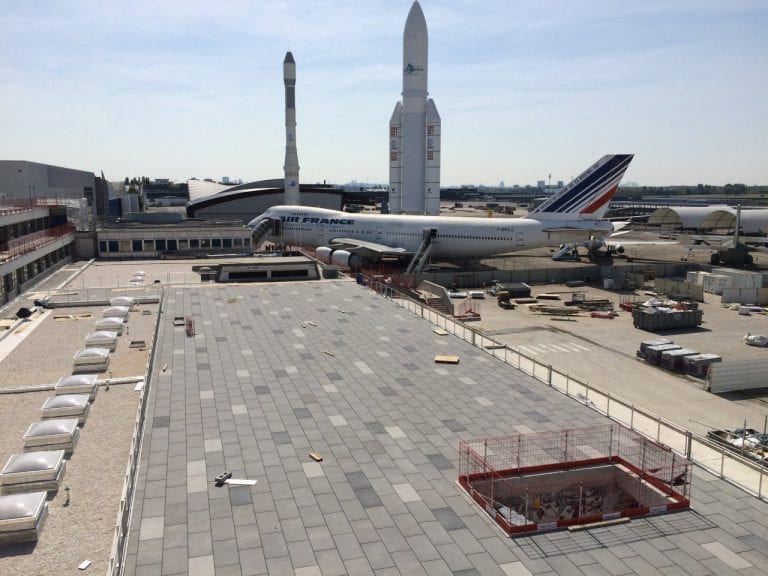